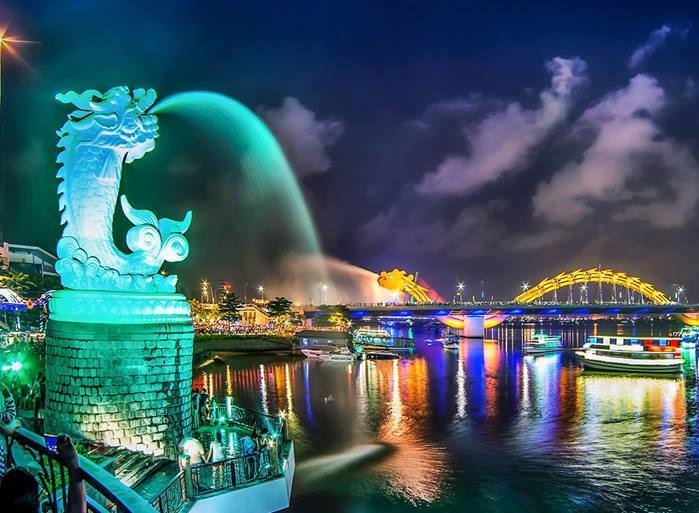 The Da Nang Airport in the central coastal city of the same name on January 1 welcomed the first international flight of this year which carried 180 visitors from Hong Kong (China).

The tourists on Flight UO550 of the Hong Kong Express arrived at the airport at 7:50 am to a welcome ceremony consisting of art performances, and flower and gift presentation.

Meanwhile, more than 2,000 Chinese tourists arrived at Tien Sa port in the afternoon the same day on board of the Italian-registered Costa Atlantica cruiser as the first foreign visitors coming to Da Nang this year on a sea route.

Leading officials of the municipal tourism authority said the arrival of the first foreign visitors on the first day of the new year marks the fine start of the city’s tourism industry in 2019. They said they hope the tour will leave deep imprints on the mind of the visitors about the friendly and hospitable locals and scenic sites in the city.

Over the recent years, Da Nang has emerged as an attractive destination for both foreign and Vietnamese tourists. At the end of last year, the city had 23 direct air routes with 328 flights per week, or 86 flights more than the figure in 2017, and welcomed 7,660,000 tourist arrivals, including 2,875,000 foreign.

Also last year, Da Nang welcomed 100 arrivals of cruisers to Tien Sa port with 145,000 visitors, a surge of 66% in the number of cruise tourists registered a year earlier.